From Harry Potter’s best friend, Ron Weasley to Carmen and Juni Cortez, the iconic Spy Kids — these characters were so appealing to viewers that sometimes it was hard to see the real people behind their roles. However, as time passed, the actors kept growing. Today, Rupert Grint, the actor who played Ron Weasley, is a happy father of a baby girl, and Alexa PenaVega, the former Carmen Cortez, is about to become a mother of 3. 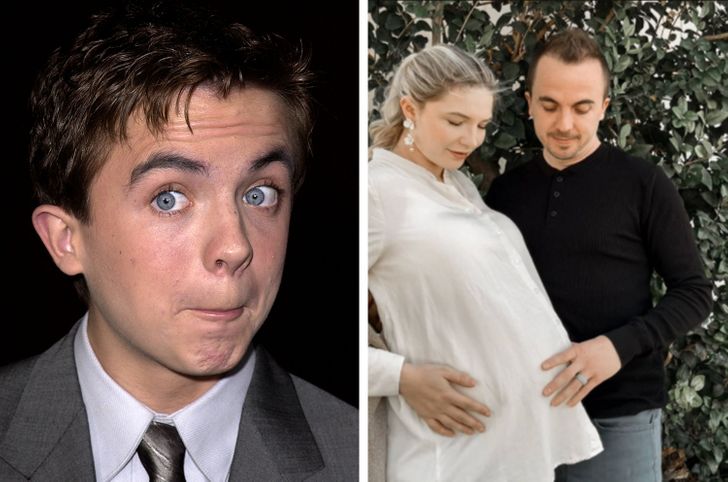 Frankie Muniz, who played an undercover teenage agent in the iconic ’00s movie, Agent Cody Banks, has recently become a father for the first time. Muniz and his wife, Paige Price, welcomed a son. Muniz did not hesitate to share his excitement with his followers: “I’m a dad, guys,” said Muniz. “I love my baby so much. And I love my wife more than ever.” 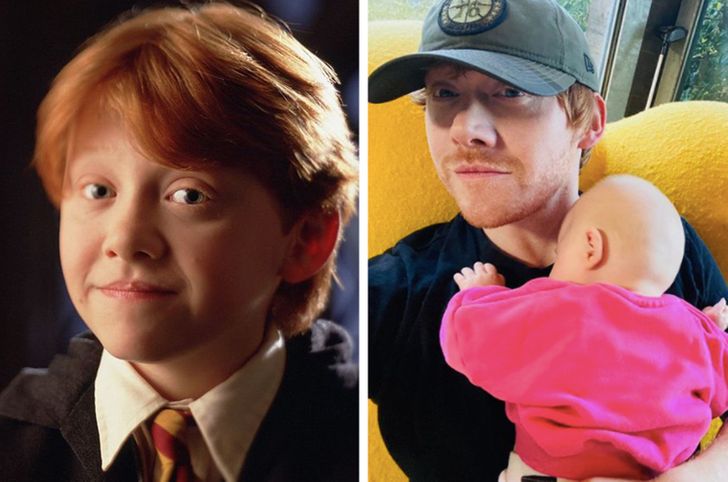 Rupert Grint, aka Harry Potter’s best friend, Ron Weasley, has been dating his girlfriend since 2011. A long-term relationship ended up with the couple’s recent announcement of having their first child, a baby girl, Wednesday. Grint rarely opens up about his personal life. He recently joined Instagram and introduced little Wednesday to his followers. 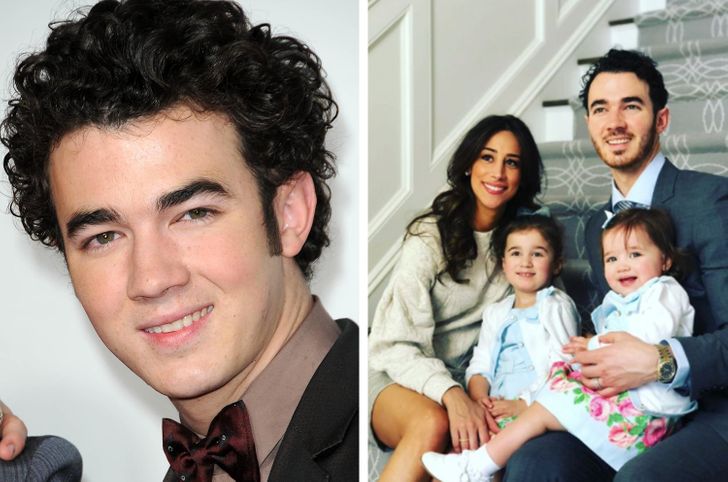 Unlike the other 2 Jonas Brothers who have recently gotten married, Kevin Jonas managed to start his family as a father of 2. Jonas and his wife, Danielle, got married in 2009. They’ve been together for 11 years and are raising 2 beautiful daughters. 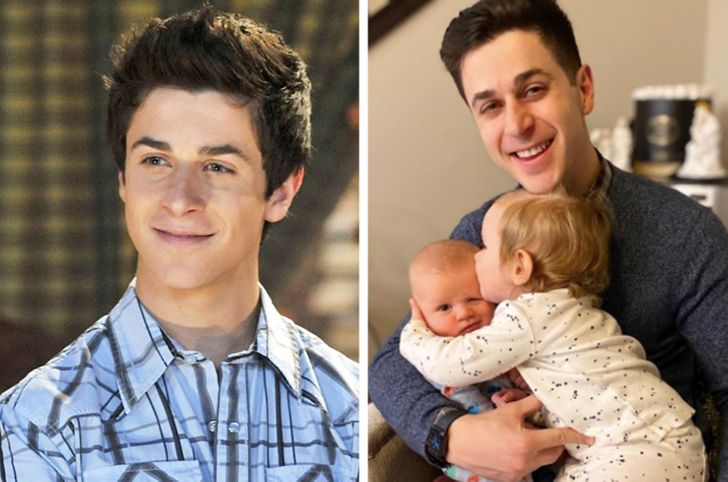 David Henrie, who played Justin Russo, Selena Gomez’s older brother in Disney’s Wizards of Waverly Place, has been happily married for 4 years so far. Recently, Henrie and his wife, Maria Cahill, have become parents of 2. Their second child, a baby boy, was born last Christmas.

Joshua Peck was the charming, chubby kid from Nickelodeon’s Drake and Josh TV series. Since the show, Peck grew up, got married, and has become a proud father of a son named Max. Peck enjoys parenting and often shares his experience with his followers. “I never met my dad and was scared that I wouldn’t know how to do it,” shared Peck. “Thanks for teaching me, Max, and getting me in the club.” 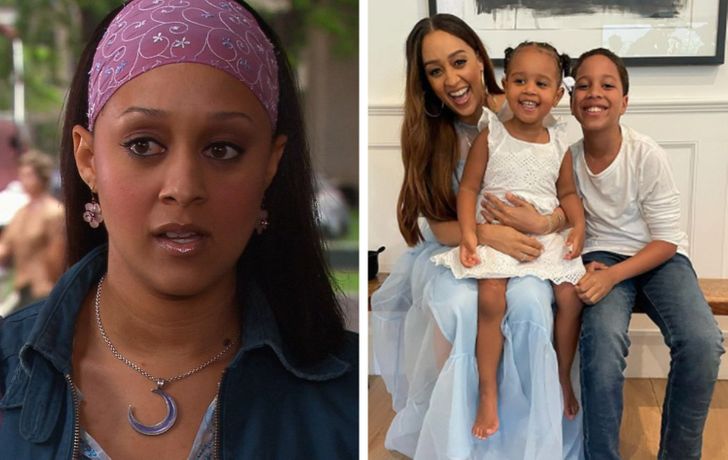 Tia Mowry and her sister, Tamera Mowry, are the twin sisters from Disney’s Twitches along with the TV show about 2 twin girls separated at birth, Sister, Sister. Both Tia and Tamera have built happy families and are raising lovely kids. Tia and her husband, Cory Hardrict, got married in 2008 and are parents of 2. 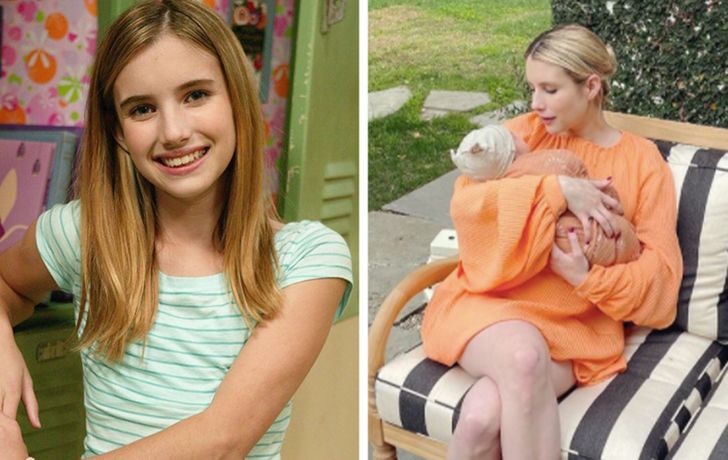 Julia Robert’s little niece, Emma Roberts, who starred in the iconic Wild Child and Nickelodeon’s TV series, Unfabulous in the ’00s, has recently become a mother. Roberts and her boyfriend, Garrett Hedlund, welcomed a baby boy this December and named him Rhodes. 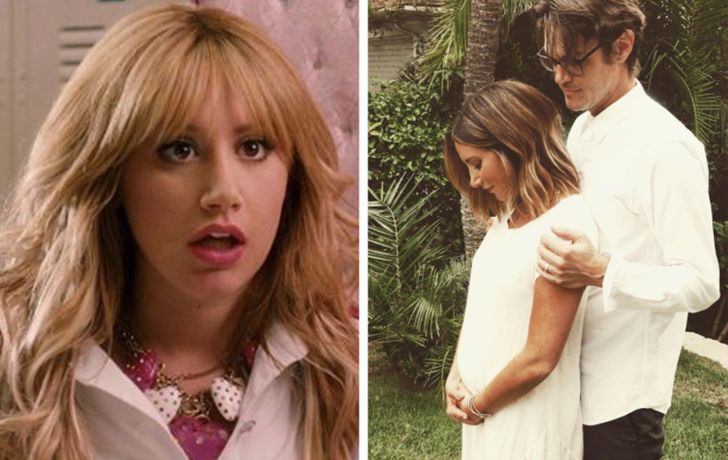 Ashley Tisdale, aka the iconic Sharpay Evans from Disney’s High School Musical, has recently welcomed a baby girl. She and her husband, Christopher French, shared that they were going to welcome a girl during an adorable gender-reveal party. Tisdale and French have been together for 6 years so far. 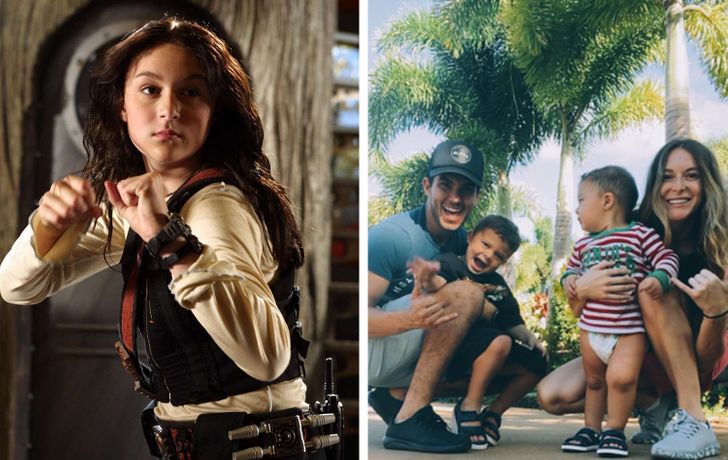