Cinema is one of the most popular kinds of art and what entire mass culture is often based on. Thanks to films, we develop certain ideas about famous people, countries, and time periods. But not all of them are true.

Hieroglyphs are a secret code. 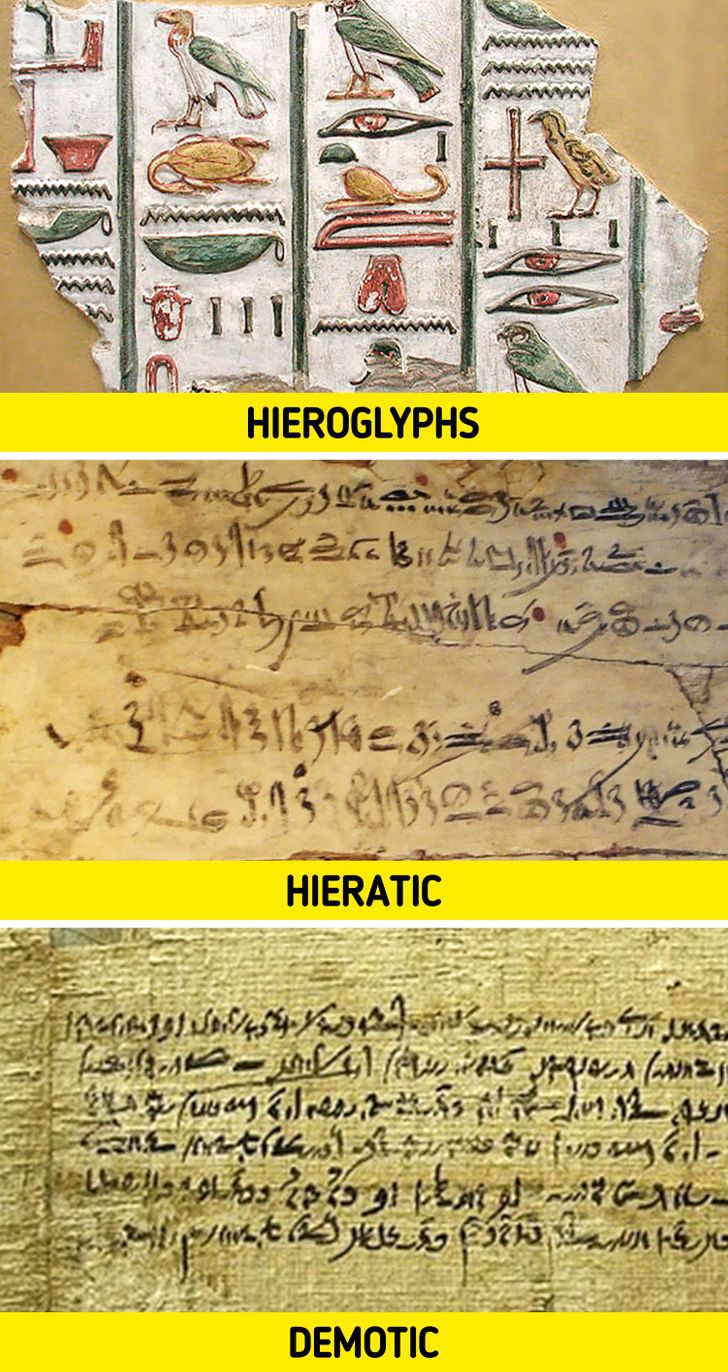 In Ancient Egypt, they used 3 writing systems: hieroglyphic, hieratic, and demotic. The most beautiful and complicated one of them, hieroglyphics, was used to decorate monuments. The text written on rock or wood could be sacred or just stories. So if ancient Egyptians wanted to encrypt secret knowledge, they wouldn’t use hieroglyphs that many people could read.

There were a lot of legends about hieroglyphs. The last hieroglyphic writing dates back to 394 BCE. Sometime later, the last person that could write with hieroglyphs died.

For many years, nobody knew what hieroglyphs were until French linguist Jean-François Champollion deciphered the writing in 1822.

Archaeologists can understand the language of Ancient Egyptians.

Almost every movie about Ancient Egypt contains a scene where the main character (usually an adventurous archaeologist) finds an ancient scroll and starts reading the text on it. But the thing is, there was no such thing as the Ancient Egyptian language. Egyptians spoke a lot of different dialects. So no matter how educated the scientist is, they can’t know all the dialects.

Another problem is that we don’t know what the language actually sounded like. 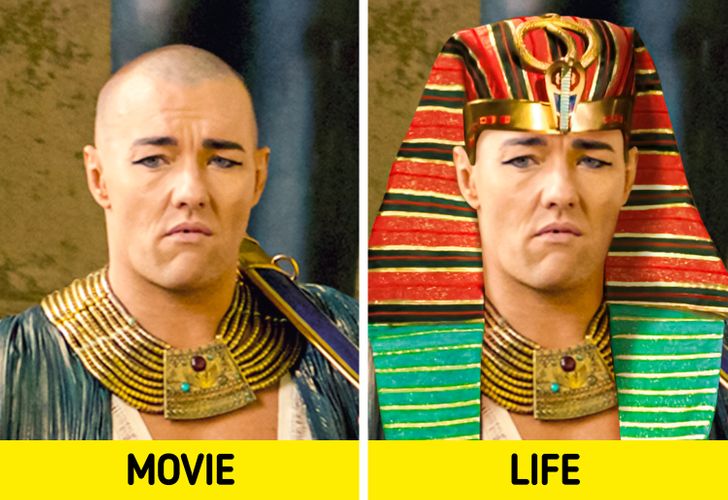 During almost all the periods of Ancient Egypt, hats and wigs were the most important accessories for men and women. Hats protected people from the sun and lice, and they were also an indicator of status and power. For example, Ramses II never appeared in public without a hat. Even in his chambers, he always wore one of his hats.

Yet in Ridley Scott’s Exodus: Gods and Kings, Joel Edgerton, who portrayed the Egyptian ruler, didn’t have anything on his head for the entire movie.