Times have changed, and with that, so has the way people bring up their children. Nowadays, parents see things from a different perspective and we raise kids in a different way than in the past. Generally speaking, you could say people are more open-minded when it comes to looks, styles, and appearances, but this can also be said of sharing feelings of gender belonging. And celebrities and their children are, of course, no exception. 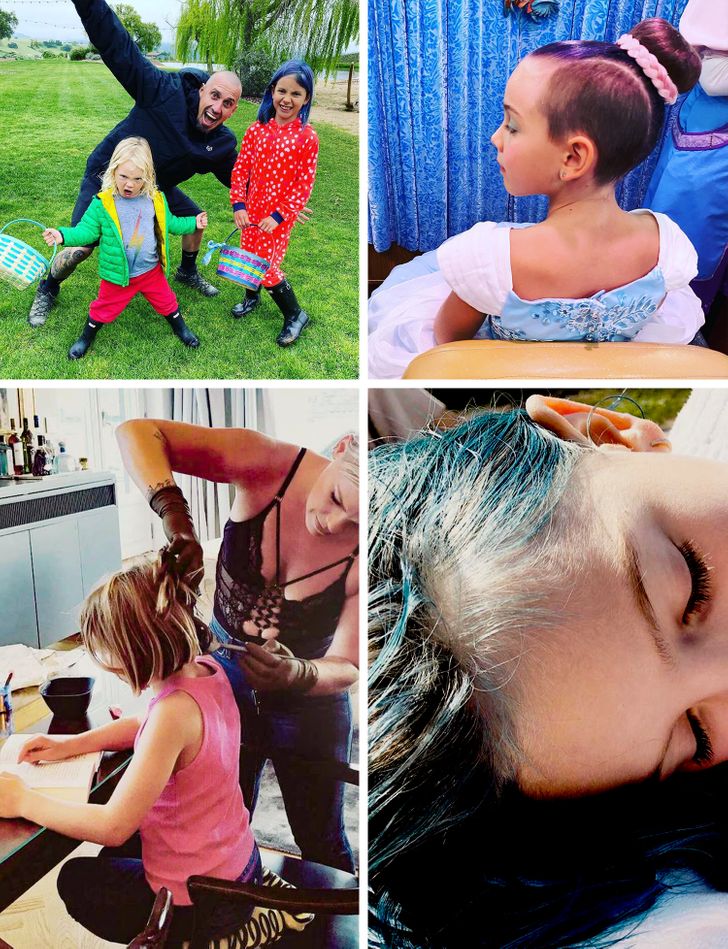 The popular singer, Pink, has always made her opinion about supporting her children in their decisions regarding their appearance clear. At the moment, Willow, the eldest of the siblings, is the one who has wanted to try and experiment with her appearance both with the use of hair dye, as well as with haircuts and hairstyles.

The singer made her opinion on the matter even more clear by sharing the last of these photos with this caption: “I heard people were bummed about Jessica Simpson for letting her 7-year-old get her hair colored. So we thought we’d share what we did yesterday.” 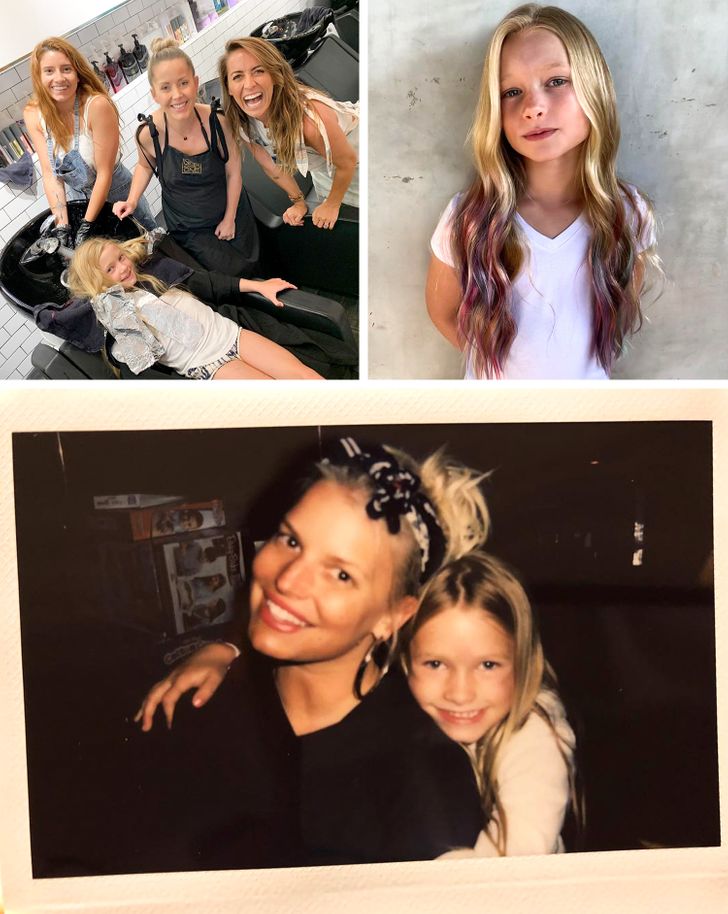 Maxwell is the eldest of Jessica Simpson’s children. When the young girl was 7 years old, the singer and actress allowed her to dye the lower part of her hair in a purple-pinkish tone. When this happened, many people came out to criticize the mother’s permissiveness, while others supported her in her decision. Jessica didn’t comment on the criticism, but she did upload a photo of her daughter in which she said was “inspired by The Descendants,” a well-known Disney movie series that Maxwell seems to be fond of.

3. Will Smith and Jada Pinkett Smith and their daughter, Willow, 20 years old 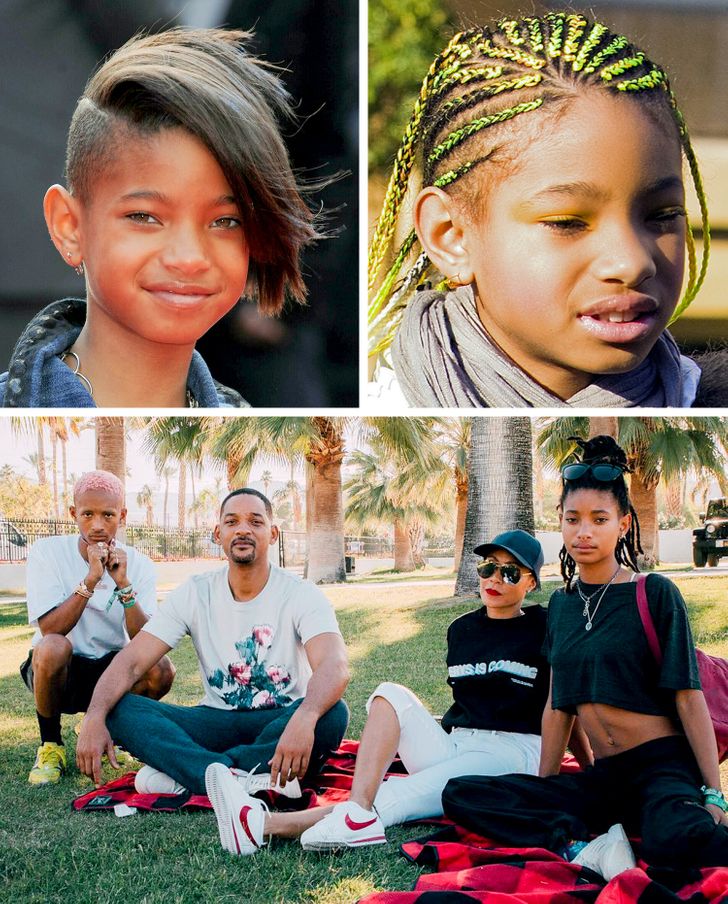 Will and Jada Pinkett Smith’s children, Jaden and Willow, tend to experiment frequently with their hair, clothes, and their appearance, in general. Both kids are now grown up, but they started experimenting at a young age.

When speaking about Willow, Jada once said, “I made a promise to endow my little girl with the power to always know that her body, spirit, and her mind are HER domain… It’s also a statement that claims that even little girls have the RIGHT to own themselves and should not be a slave to their mother’s deepest insecurities, hopes, and desires.” 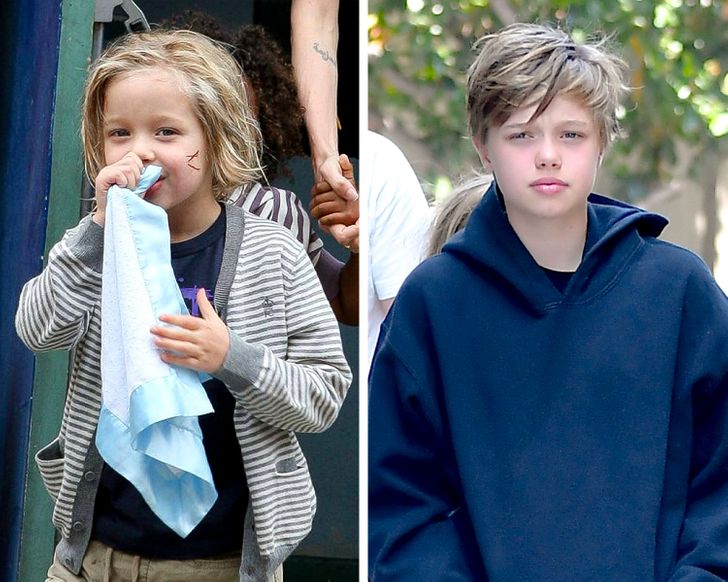