In a world being revolutionized by automation, skilled positions such as plumbers, carpenters, electricians, mechanics, and millwrights are surging in demand.

Everybody wanted to go to university and now the world is full of lawyers, accountants, and designers when what we desperately need are the people that have hands-on skills. So, a good tradesman is hard to find, and for that reason, employers are willing to pay top dollar for skills and experience. Thinking about finding a trade job in Canada? These occupations will have you living comfortably, to say the least. Need to further your education? Find the best trade schools in Canada here. 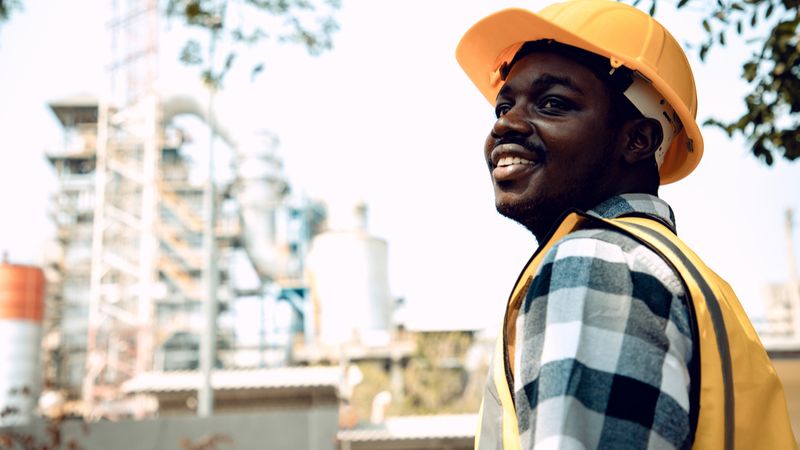 The industry is no longer nearly as dangerous as it once was due to the rise of somewhat cumbersome but life-saving health and safety regulations in Canada. Further, nearly 40% of the current skilled trades workforce is expected to retire over the next ten years. Everyone wants to carry a briefcase and wear a suit but trade jobs present more opportunities than you will know what to do with.

Apprentices will start at around $18 an hour, and once qualified will be earning up to $40 an hour. Most experienced workers make up to $58,598 per year. Areas with the best opportunities include Prince Edward Island and the Yukon Territories

The world will always need plumbers. Apprentices will start at around $18 an hour, and once qualified will be over $40 an hour. The average plumber salary in Canada is $58,500 per year or $30 per hour. Entry-level positions start at $50,188 per year, while most experienced workers make up to $75,159 per year. Provinces with the highest demand include Prince Edward Island and the Yukon Territories

One of the tougher trades to qualify in, but the reward is worth the effort. Apprentices will start at about 60% of what qualified journeymen make due to the fact that it takes four years on average to qualify, in which time at least 9,000 hours of practical work will be accumulated. The average heavy equipment mechanic salary in Canada is $60,450 per year or $31 per hour. Entry-level positions start at $49,088 per year, while most experienced workers make up to $78,000 per year.Employment prospects are in abundance and will only grow over the coming years, provinces currently urgently seeking heavy-duty mechs are British Columbia, Saskatchewan, Ontario, Nova Scotia, and Prince Edward Island. East to the west coast, take your pick.

Residential, commercial, and industrial technicians are some of the best-paid trades jobs out there. The average electrician salary in Canada is $58,575 per year or $30.04 per hour. Entry-level positions start at $50,762 per year, while most experienced workers make up to $70,757 per year. Areas with the best opportunities include Ontario, Nova Scotia, Prince Edward Island, and the Yukon Territories

Working for long amounts of time in awkward positions, but for a great salary. The average welder salary in Canada is $42,816 per year or $21.96 per hour. Entry-level positions start at $37,050 per year, while most experienced workers make up to $55,575 per year. British Columbia is the province with the highest demand at present, with opportunities available all the way to and including Prince Edward Island.

If you are a qualified pipefitter, Ontario is the place to be right now. While there are numerous opportunities all over Canada, the most are in the Great Lakes province. The average pipefitter salary in Canada is $68,234 per year or $34.99 per hour. Entry-level positions start at $53,742 per year, while most experienced workers make up to $85,964 per year

This trade requires more in-class training than most, and for that reason wages start at around 70% of what qualified journeymen make. The average iron worker salary in Canada is $62,888 per year or $32.25 per hour. Entry-level positions start at $58,500 per year, while most experienced workers make up to $70,980 per year. The province with the highest demand in Canada for this trade is consistently British Columbia.

If you’re concerned with certification there are a number of semi-skilled jobs that are also bringing in good money for immigrants in Canada:

There is something innate that makes us want to be on the move, satisfy that craving by filling one of the most in-demand jobs in Canada. Long haul truck drivers get a front-row seat to the incredible beauty that is the Canadian landscape. The average long haul truck driver salary in Canada is $48,789 per year or $25.02 per hour. Entry-level positions start at $46,001 per year, while most experienced workers make up to $56,550 per year. Positions are available all over the country, and just about every province will offer you permanent residency to plant your flag with them.

If you’re tired of the open road and want to settle down a little, the cities of Canada urgently need bus drivers. The pay is not as much but it’s not bad either. The average bus driver salary in Canada is $40,405 per year or $20.72 per hour. Entry-level positions start at $33,891 per year, while most experienced workers make up to $104,198 per year.

For the toughest of the tough, construction work is grueling but the pay makes up for it. If you are looking to enter the trades but need to make some start money and connections, this is a tough but good place to start as you will deal with various tradesmen on a daily basis. The average construction worker salary in Canada is $40,489 per year or $20.76 per hour. Entry-level positions start at $35,075 per year, while most experienced workers make up to $53,625 per year.

Get a Visa Plan to Match Your Career Goals

Whether you’re a truck driver or an electrician, if you want to work in Canada then we can help you find a path that can help you achieve your career goals. As certified visa specialists, we can assess your eligibility and present you with the best visa options to come to Canada. With a good visa plan in place, it’ll be easier for you to find a job in Canada by knowing where to search and what else you’ll require like an LMIA, for example. Ready to get started? Simply fill in the form below to start a comprehensive online evaluation today.GET STARTED TODAY

How can I move to Canada as a Trade worker?

You will have to meet the following requirements and apply for the Federal Skilled Trades Program (FSTP), an immigration route specifically designed for tradespersons.

These requirements are relevant to all provinces except Quebec.

Do I need to be certified to work in Canada?

In order to work in Canada as a tradesperson, you will need a certificate of qualification. It demonstrates a person’s suitability for employment in particular skilled trade in Canada. This implies that:

This certificate is given out by a federal agency or the organization that oversees trades in a Canadian province or territory.

How do I get a trade certification?

Canada’s provinces and territories are responsible for overseeing all aspects of education and training, including apprenticeships in skilled trades. They often determine the criteria and standards for evaluating and recognizing foreign qualifications for certain trades.

Your training, work experience, and abilities must be evaluated by the regulatory body that oversees trades in your province or territory in order for them to determine if you qualify to take an exam to get certified.

You may require an employer in Canada to provide you with training and work experience before you are authorized to pass the certification test, therefore you will likely need to travel there physically to write the exam in order to receive a certificate of qualification.